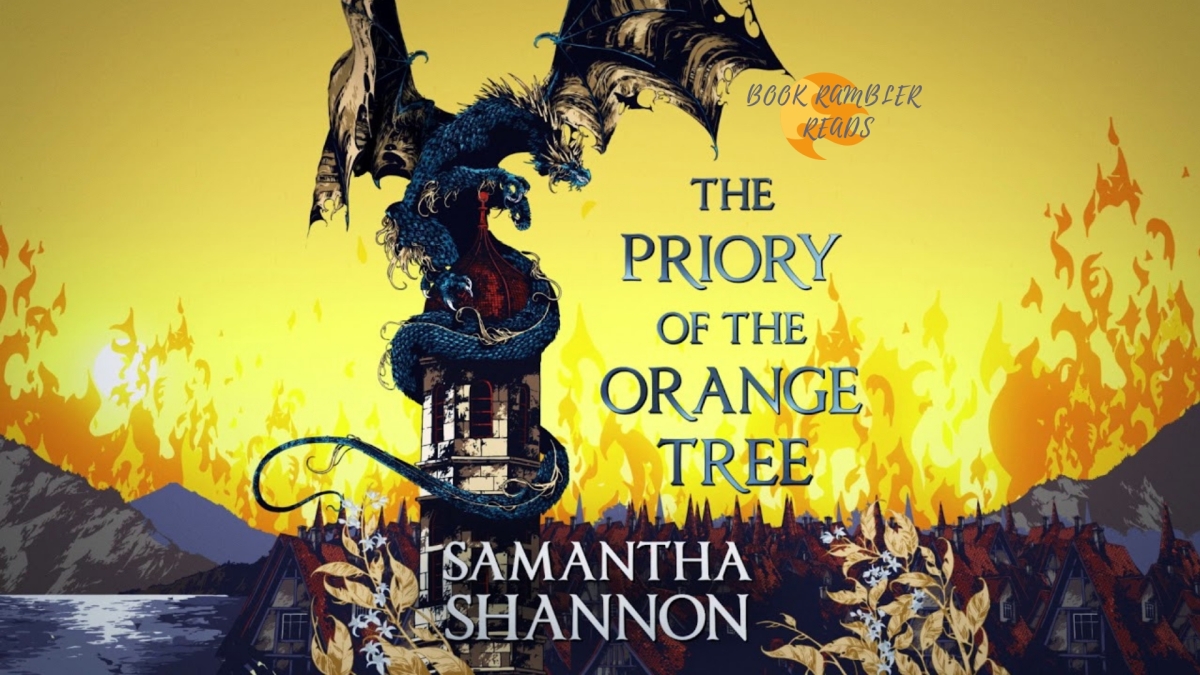 WHY SHOULD YOU ABSOLUTELY (without any question) PICK UP “THE PRIORY OF THE ORANGE TREE” NOW?

First impressions: “OMG, this is almost 900 pages. How am I going to read it and then write a coherent review of it? ” *Also wonders* “This’ll make a really good weight, my arms need a workout.” “This’ll make a good weapon too”

The Priory of The Orange Tree has been on mine and many other book lovers’ list of anticipated releases of 2019. I went in with zero expectations as I do when books are overhyped but I was so wrong… This BOOK IS BLOODY BRILLIANT !

THE PRIORY is about a divided world, a Queendom without an heir and an ancient enemy whose awakening may just bring about the destruction of the world. The story begins like the calm before a storm, a man walking out of the water. Nobody will realize-not even the woman who rescues the man- that the storm has almost arrived.

“The stranger came out of the sea like a water ghost, barefoot and wearing the scars of his journey.

The Priory of the Orange Tree, Samantha Shannon

Okay, I use the word ” storm” hypothetically . Just to be clear .

The story follows four narrators – Ead, Tané, Loth, and Niclays – each of whom has different beliefs defined by where they live. The EAST and the WEST are divided over their religious opinions. While the EAST reveres dragons as Gods, the WEST abhors and fears dragons due to their past history involving mayhem caused by The Nameless One, an evil dragon.

A wyrm. A monstrous, four-legged wyrm, close to two hundred feet long from its snout to the tip of its tail.

This evil dragon -the VOLDEMORT- of this world a.k.a. The Nameless One has been locked away in the Abyss for thousand years now and it is said that as long as the Berethnet matriarchy lives on, the dragon will not rise.

What is below must be balanced by what is above, and in this is the precision of the universe.

I know what you’re thinking now. Of course, “that thing” will happen and that disastrous but momentous event is the trigger that will send our characters on missions that require them to deal with pirates, mythical beasts, magical trees, deadly assassins. This book has everything from lots of action, beautiful and malicious dragons, female/female romance and friendships to court politics. This fantasy celebrates women; you’ll see instances of where powerful women are wronged, erased off of history but they take back their power again. The Priory is brimming with excellent dialogue, spectacular worldbuilding, and a plot that will keep you guessing till the end.

I didn’t want to leave the world of Priory even though it kept me up all night. Some stories never leave your thoughts and The Priory of the Orange Tree is just one of those few for me.

Verdict: 5 out of 5 glowing stars.

Have you read The Priory of the Orange Tree yet ? If you haven’t, do you think you’ll buy it? Let me know your thoughts in the comments below!