Hi everyone! The last wrap-up post I did was in October and I forgot to write one every month until now. In this post, I’ll do a quick inventory of all the books I’ve read in February and all the books I SINCERELY hope I can read in March (my birthday month!!)

Here’s a glimpse at the 11 books I’ve managed to read in February :

I have read an ebook and ten physical books. I think it was a pretty good month overall. I haven’t reviewed all the books I’ve read on the blog but I’ll link those I have.

These are all the books I have planned to read in March. I’ll be reading Small Town Hearts by Lilli Vale and When the Sky Fell on Splendour for a blog and Instagram tour respectively. All the books except City of Brass were generously gifted to by their publishers.

When I started my book blog and bookstagram account last year, I didn’t expect anybody to read it or like my posts. I didn’t even expect to make so many friends through my blog or bookstagram. I cannot tag everyone because not all of my friends have blogs but to those of you who follow me and/or daily engage with me: THANK YOU SO FRICKING MUCH! I LOVE YOU ALL.

How did your February go? How many books did you read? What are you looking forward to the most in March? Let me know your thoughts in the comments below!

Why is THE FAMILIARS more than a story about witches? | REVIEW

“Neighbours denouncing neighbours—it was the most reliable trait of humanity and was how the dungeon was filled in the first place. Rumour could spread faster than a disease, and could be just as destructive.”

– The Familiars by Stacey Halls

The Familiars is set during the Pendle Witch trials of 1612 and tells the story of two women – Fleetwood Shuttleworth and Alice Gray. Fleetwood Shuttleworth is the 17 years old mistress of Gawthorpe Hall. After surviving three miscarriages, she is pregnant for the fourth time which worries both her and her husband for different reasons.

One day, Fleetwood discovers a young woman in a forest on her property and Fleetwood learns her name is Alice Gray. Alice claims to be a midwife and promises to help Fleetwood give birth to a healthy child. Soon, Fleetwood begins to better in the hands of Alice and a friendship of sorts develops between the two.

However, problems arise soon as King James is on a witch hunt. Those who are loyal to his Majesty will do anything to appease him: even accuse innocent women of witchcraft. Many women near Pendle Hill, where Fleetwood stays, have already been convicted of being a “witch” by none other than someone very close to her. It isn’t long until this witch hunt directs its attention to none other than Alice Gray.

“Her spirit was there. He could see it, I know. After his death, she was brought to my father’s corpse and it bled at her touch.”

What does the name The Familiars mean ? It was believed that a familiar is an animal that is close to a witch who does certain things for the witch. They can act as protectors, spies, a type of servant or, most often, a close companion. If you see one, you most often will see the other because they rarely are separated.

The Truth is we don’t if any of the accused women were actually witches, there’s no proof of that in history or in this fiction. However, I urge you to pick up this book because the scenario is eerily similar to what women face these days. This book will fill you with rage, watching men do whatever it takes to gain power. However, I loved this historical fiction – based on a real story – where we see a woman who is willing to fight for her child and her friend. Fleetwood transforms right before our eyes and in spite of her social standing, Fleetwood goes above and beyond to help not only Alice but all the women accused of witchcraft.

Why will I not give this 5 stars? In my opinion, I learned and saw much of Fleetwood and not enough of Alice. I think, maybe, that was the point. Alice was a quiet but constant presence at Fleetwood’s side. With her care and friendship, Fleetwood gained the confidence to stand up for herself and others. Another thing that irked me was how quick Fleetwood was to forgive a certain someone. Again, this is my opinion. It was 1612 after all and I am no one to judge.

Overall, I highly recommend this novel if you’re a fan of historical fiction, witches, and stories that celebrate friendship and women. I’ve become a fan of Stacey Hall’s writing and I can’t wait to read more of her works. If it’s anything remotely like The Familiars, then I’ll make a mad dash to my nearest bookstore or uhh..book depository.

Have you read The Familiars yet? If you haven’t, do you think you’ll read it? Let me know your thoughts in the comments below!

Hi again! Happy Wednesday and Welcome to my first WWW Wednesday post. WWW Wednesday is a meme formerly hosted by MizB at A Daily Rhythm and revived on Taking On a World of Words. 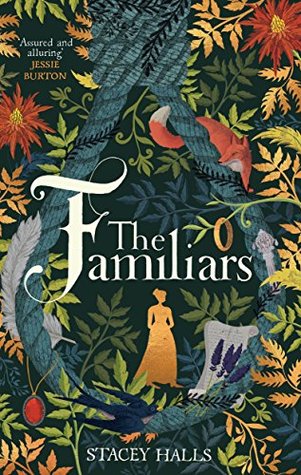 I received this review copy of The Familiars by Stacey Halls a while ago and I started reading it yesterday. If you loved The Essex Serpent and The Miniaturist, then I’d say that you should add this to your TBR.

The Familiars is set against the frenzy of the real 1612 Witch Trials of Pendle Hill, that explores the rights of 17th-century women, as the fate of a noblewoman and her unborn child rests on proving the innocence of her midwife, an accused witch.

I’m currently on Chapter 11 (out of 25 chapters) and enjoying the gothic vibe but disliking the way women were treated at that time.

I finished reading We Hunt the Flame by Hafsah Faizal before starting with The Familiars.

I received an ARC from the publisher and even though it releases in May, I just had to read it now! I have yet to write a blog review but you can check out my Goodreads review here. It was such an incredible book that I can’t recommend it enough.

If you’re on Twitter-Book Twitter- chances are, that you’ve already heard about this book. 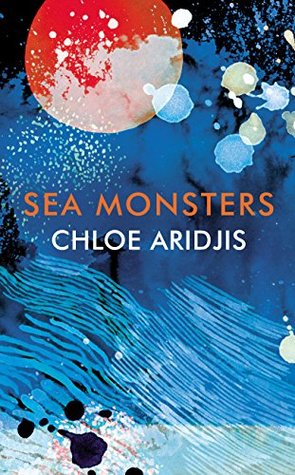 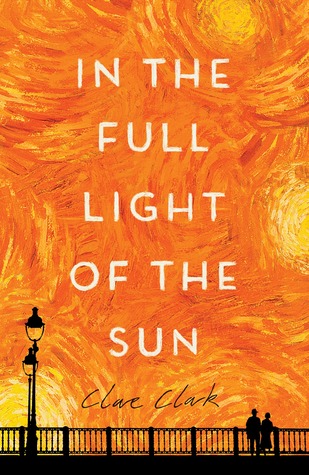 I want to finish reading Sea Monsters by Chloe Aridjis next, followed by In the Full Light of The Sun, and finally When The Sky Fell On Splendour. All are review copies from their publishers.

Thank you so much Rejitha for nominating me for The Versatile Blogger Award! If you haven’t followed her already, you can follow Rejitha’s blog here.

I have been blogging about three months now(I think) and I am absolutely loving the support from the blogging community . This is my first blogger award so YAY!!!! *doing a little dance* *does a little dance again*