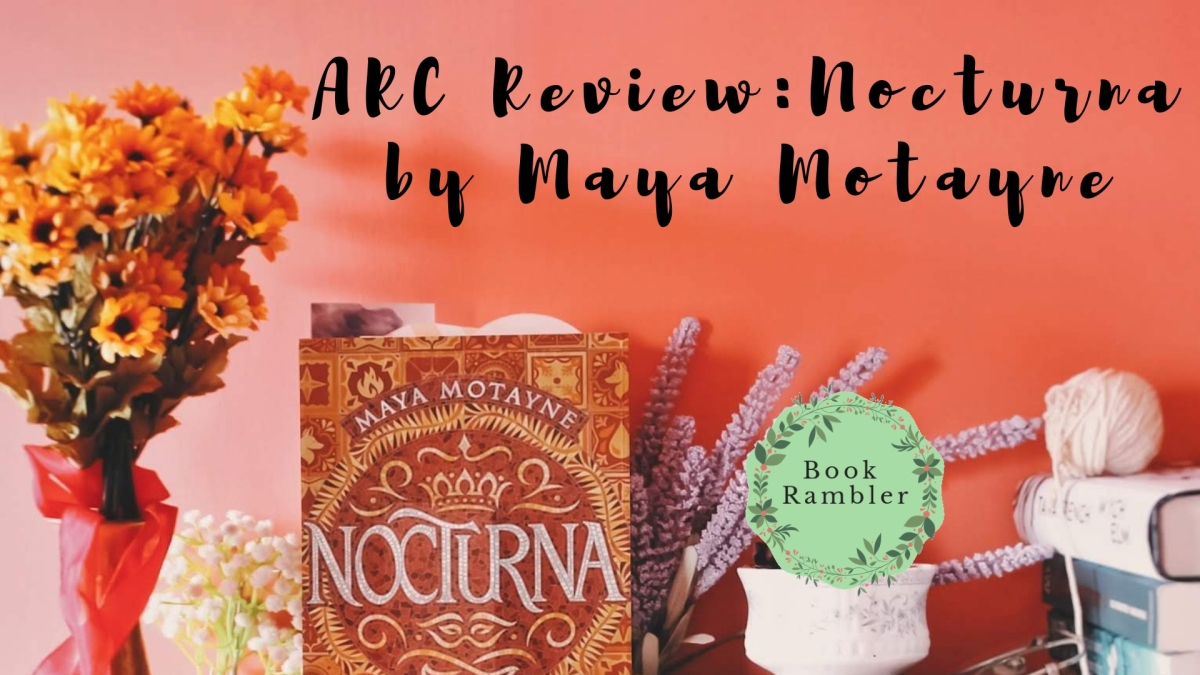 Should You read Nocturna by Maya Motayne ?

The magic poured life into the images, showing his people swathed in bright colors, prospering and using magic freely.

This is the first Latinx fantasy I’ve ever read and to put it mildly, I was blown away by Nocturna. This is a story about a prince and a thief who become allies to save a kingdom that brought both of them nothing but misery. This is the story of a kingdom too; a kingdom that-with the help of its people- rescued itself from the clutches of colonialism and rose stronger than ever.

Set in a place called San Cristobal, the story starts with Prince Alfehr as he returns to his homeland reluctantly. We follow the Prince or Alfie as he meets his family and is lamenting the death of his older brother. Then, we come to view the face-changing thief known as Finn Voy, who has escaped a hell of her own and is trying to survive on the streets of San Cristobal.

When Finn and Alfie first meet at a clandestine meeting it’s for completely different purposes. They never would’ve thought they would work together in the upcoming days to fight a dangerous magic that could drown the world in darkness.

The story is not entirely character driven and I liked that. Since that meeting where Finn and Alfie meet, there’s no stopping of action as Finn is kidnapped by a deadly “gang” who want something in exchange for Finn’s freedom. To collect that item, Finn has to go to the palace where she meets Alfie for the second time and this is also the place where a dangerous magic is released from its confines.

I loved Maya Motayne’s writing and the way she brought magic alive in the pages of Nocturna. The author also wrote in a “To the Reader” letter that she meant this book for a young girl who thought magic didn’t belong to people who looked like her. I’ll say she wrote this book for every young girl or boy because I identified with the history of colonialism, and I identified with the story when I saw that the people still followed some customs of their colonizers.

Apart from that, I loved the worldbuilding, and the description of the magical system was sublime. There is affection between Alfie and Finn and for many of us who don’t like romance being central to the story, will want to shout and scream at their slow-burn romance.

Overall, I recommend this book if  you love fantasy and looking for diversity. Although the ending didn’t feel like a cliffhanger to me, I saw that Maya Motayne a trilogy planned for Nocturna. I will definitely be interested to read more of Alfie and Finn’s adventures.

Will you read Nocturna ? Have you heard of this book before? Let me know your thoughts in the comments below!