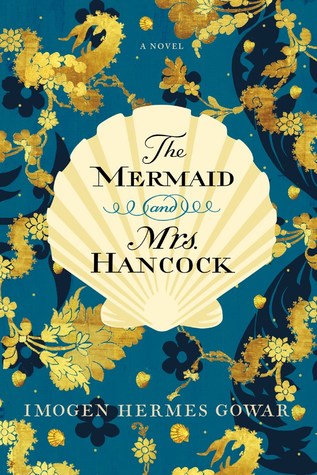 Synopsis: This voyage is special. It will change everything…
One September evening in 1785, the merchant Jonah Hancock hears urgent knocking on his front door. One of his captains is waiting eagerly on the step. He has sold Jonah’s ship for what appears to be a mermaid.
As gossip spreads through the docks, coffee shops, parlours and brothels, everyone wants to see Mr Hancock’s marvel. Its arrival spins him out of his ordinary existence and through the doors of high society. At an opulent party, he makes the acquaintance of Angelica Neal, the most desirable woman he has ever laid eyes on… and a courtesan of great accomplishment. This meeting will steer both their lives onto a dangerous new course, on which they will learn that priceless things come at the greatest cost.
Where will their ambitions lead? And will they be able to escape the destructive power mermaids are said to possess?
In this spell-binding story of curiosity and obsession, Imogen Hermes Gowar has created an unforgettable jewel of a novel, filled to the brim with intelligence, heart and wit.

Review: The Mermaid and Mrs. Hancock is a historical fiction set in 18th century London.

The book is about Jonah Hancock, a widowed merchant, who comes into the possession of a dead mermaid. Then he worries what he is going to do with a dead mermaid. Mr. Hancock’s worries soon abate when he profits from making a spectacle of the dead mermaid.

One day ,Mr. Hancock is offered a paid opportunity by a Mrs. Chappell who wants to rent his mermaid. Soon, Hancock meets Angelica Neal, a courtesan who has recently lost her protector.

The book is almost 500 pages long and I bought it because of three reasons: 1) the cover is so pretty, 2) It was shortlisted for Women’s Prize For fiction, and 3) I liked the blurb.

However, I was disappointed pretty soon because I couldn’t connect with the story or its characters. The writing is splendid. Author Imogen Hermes Gowar has a way with words and I was enamored, to say the least.

In spite of the beautiful writing, I did not like the book very much. I kept asking myself: “What was the plot?”. The pacing was too slow for me and I almost DNF’d it. The book is told from multiple perspectives and instead of hooking me into the story, it pushed me off.

We have several characters :  Jonah Hancock, his niece, and his sister; Angelica Neal and her confidante Mrs. Frost; Mrs. Chapell and her prostitutes. There’s also a mixed-race prostitute named Polly and there’s a point where we see how black people were treated in England. There’s also a search for a mermaid going on and I think we also get to hear from her perspective. Phew!

Overall, I would partially recommend the book(this is a first for me !). I loved the setting, was captivated by the author’s writing but at the same time, I am a loss at what was the point of the story. I do not want to dissuade you from reading this book. Who knows, maybe you’ll be able to make sense of it.

Author: Imogen studied Archaeology, Anthropology, and Art History at UEA’s Sainsbury Centre for Visual Arts before going on to work in museums. She began to write small pieces of fiction inspired by the artifacts she worked with and around, and in 2013 won the Malcolm Bradbury Memorial Scholarship to study for an MA in Creative Writing at UEA.
She won the Curtis Brown Prize for her dissertation, which grew into a novel titled The Mermaid and Mrs. Hancock. An early draft was a finalist in the MsLexia First Novel Competition 2015, and it was also one of three entries shortlisted for the inaugural Deborah Rogers Foundation Writers’ Award.
Imogen lives, works, and walks around south-east London – an area whose history she takes a keen interest in – and her first novel, The Mermaid & Mrs. Hancock, was published in 2018.

Buy The Mermaid and Mrs. Hancock

on Amazon or on BookDepository.

Thank you for reading my review! Leave a like or comment below if you have read it. If you’re feeling generous, follow me and help me grow my blog!

5 thoughts on “Review: ​The Mermaid and Mrs. Hancock”