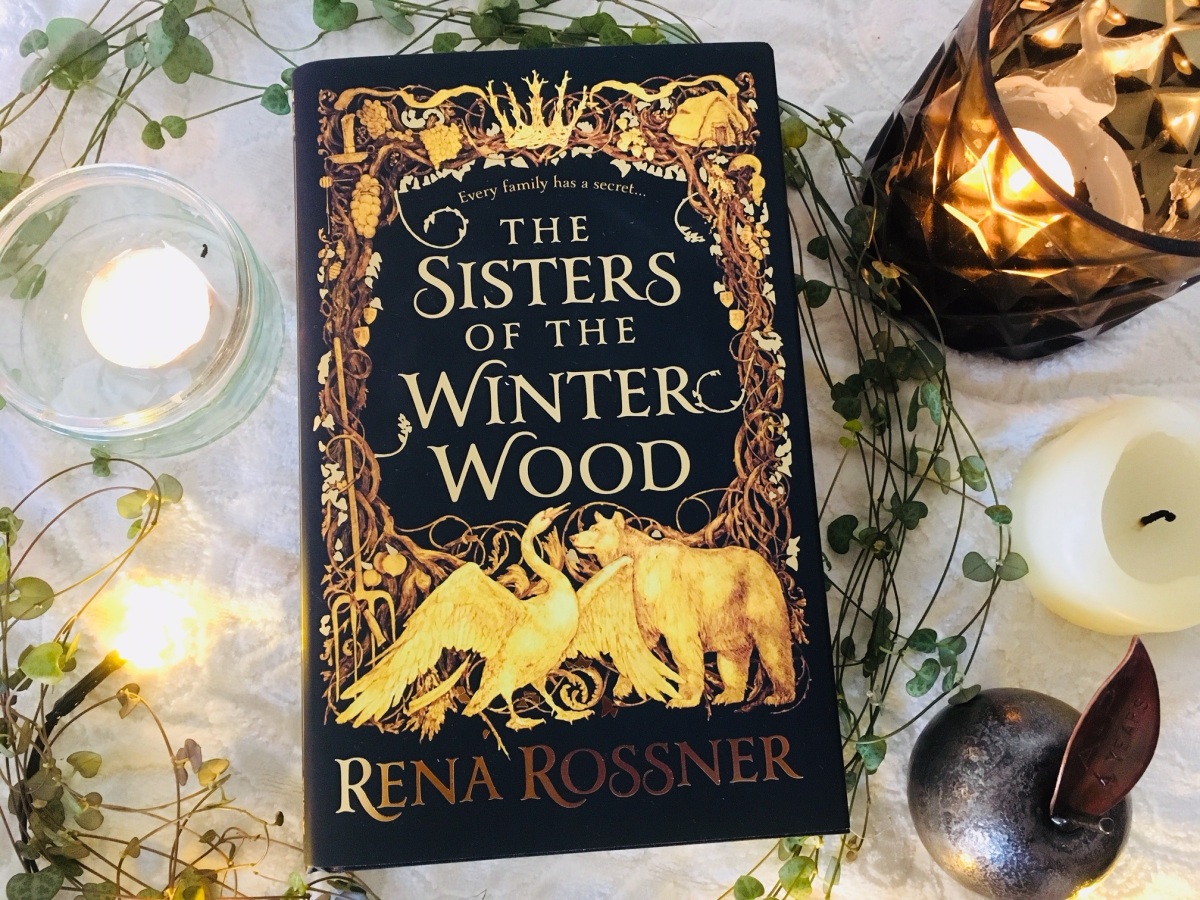 Synopsis: Captivating and boldly imaginative, with a tale of sisterhood at its heart, Rena Rossner’s debut fantasy invites you to enter a world filled with magic, folklore, and the dangers of the woods.

Raised in a small village surrounded by vast forests, Liba and Laya have lived a peaceful sheltered life – even if they’ve heard of troubling times for Jews elsewhere. When their parents travel to visit their dying grandfather, the sisters are left behind in their home in the woods.

But before they leave, Liba discovers the secret that their Tati can transform into a bear, and their Mami into a swan. Perhaps, Liba realizes, the old fairy tales are true. She must guard this secret carefully, even from her beloved sister.

Soon a troupe of mysterious men appears in town, and Laya falls under their spell-despite their mother’s warning to be wary of strangers. And these are not the only dangers lurking in the woods…

The sisters will need each other if they are to become the women they need to be – and save their people from the dark forces that draw closer.

Review: Isn’t this a gorgeous cover? I confess that I a cover snob because I requested an ARC mostly because of the cover.

There have always been rumors about the Kodari forest and the hidden things within it. Now I know we are a part of that unseen world.

The Sisters of the Winter Wood is a very graphic fantasy novel with a fairytale undercurrent. This book is influenced by some things, and my favorite was the way the author incorporated lines from Christina Rossetti’s poem The Goblin Market. There is also a heavy influence of Russian folklore worked into it, which I deeply admired. However, I had trouble with quite a few Yiddish, Hebrew and Ukranian words or phrases used. There is a glossary at the end of the story, but I had to do a lot of back and forth to make sense of the words.

This is a story of two Jewish Sisters-Liba, and Laya-who live in the outskirts of a town called Dubossary. We can soon see that their parents get called away and have to leave them behind. Before going away, their mother divulges a secret that will change their mundane lives from there on.

We can’t fight our natures, even though we try. A bear will always be a bear, and a swan a swan. Everyone fights, malyshka; everyone questions their choices. Even people who love each other.

Before I forget, I would also like to mention one of the trigger warnings in detail. Liba is very conscious of her body and almost recurringly compares her “thicker” body to her sister’s “graceful and thinner” one. There are also mentions of “hunger” that can be potentially triggering. In spite of the triggers, I commend the author on aptly writing about the emotions of teenagers.

There are different romances in the book as well. We see Liba with a local butcher’s son and Laya with a foreigner. Along with the romantic developments, we also see the young girls discovering their sexuality for the first time since their family has left them alone.

Besides the secrets, romances, there is also a murder mystery developing in the background. The scenes are reminiscences of the racial injustices of the past and present. This book shows us what hate-mongering is and how scare-tactics can make people do unspeakable things. Here, the author is heavily influenced by her family’s real experiences and the pogroms of the early 1900s where many Jewish families were murdered.

To sum it up, the author has masterfully portrayed ethnic customs and injustices, the bond between sisters and family. I felt so many emotions while reading this book and I know some will do too. I thought that I wanted more from the book. I wanted to know more about Liba and Laya’s likes and dislikes and their plans for the future.

This novel would be a good choice for a Halloween read because it had the perfect setup of a fairytale in a creepy and gothic atmosphere.

Verdict: This debut novel gets 4 out of 5 stars from me.

Author: Rena Rossner lives in Israel where she works as a Literary Agent. She is a graduate of the Johns Hopkins University’s Writing Seminars program, Trinity College Dublin and McGill University where she studied history. All eight of her great-grandparents immigrated to America to escape the pogroms in Moldova, Russia, Romania, and Ukraine – from towns like Dubossary, Kupel, Riga, and Bendera. It is their story, together with her love of Jewish mythology and fantasy, that inspired her to write The Sisters of the Winter Wood.

//Affiliate links (It would help me if you buy through the link provided below) :

1.) Order The Sisters of the Winter Wood on BookDepository

**Thanks to NetGalley, the publisher for providing me with an ARC.

Let me know if you’ll pick up the book after reading the review. If you have already read it, leave your thoughts in the comments below!

One thought on “Review: The Sisters of the Winter Wood by Rena Rossner”